Thank you for contacting us! If needed, you will hear back within 48-72 hours.

The most popular Russian-american magazine

You can be sure that FACT Magazine will carry your advertisement to every Russian-speaking community and do its part to ensure your business success. 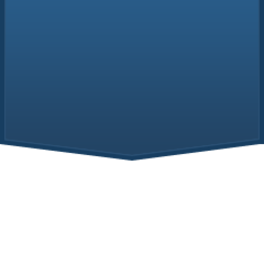 Monthly "FACT Magazine" is the largest and most popular Russian-American glossy magazine in California, which has been published in Los Angeles since 1994. "FACT Magazine" was awarded by the California Assembly and the City of West Hollywood for its outstanding contribution to the cultural life of the Russian-speaking community in Los Angeles. Our publication is a member of the American-Russian Business Council, Hollywood Chamber of Commerce, and West Hollywood Chamber of Commerce.
"FACT Magazine" has been widely distributed within the Greater Los Angeles, San Fernando Valley, Glendale, Burbank, Hollywood, West Hollywood, West LA, Santa Monica and other areas throughout Russian, Armenian and American establishments including supermarkets, grocery & book stores, pharmacies, restaurants, medical & dental offices, law offices, real estate & mortgage companies, etc. Our magazine is also offered via a direct subscription and is delivered to homes & offices.

As the most popular magazine publication among Russian-speaking audiences in Los Angeles, "FACT Magazine" is exclusively distributed at many local musical, theatrical, and concert events throughout Los Angeles. Our monthly issues include an abundance of interesting articles about entertainment, health & fitness, historical events, popular celebrities & famous people, interesting facts, highlights of California news, promotions for upcoming concerts & performances, satire, crossword puzzles, horoscopes and much more.
Many of our readers and advertisers have been with us for over 20 years, and some save our material as reference.
We are confident that "FACT Magazine" through its stability, popularity, and professionalism will be a great benefit to the growth and prosperity of your business. We will be pleased to assist you in creating and formatting your ad or article in Russian and/or English, FREE OF CHARGE!